1st Prize won by our Petroleum and Natural Gas Student

1st Prize won by our Petroleum and Natural Gas Student 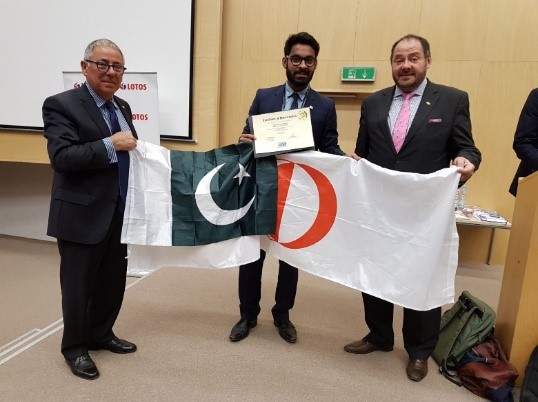 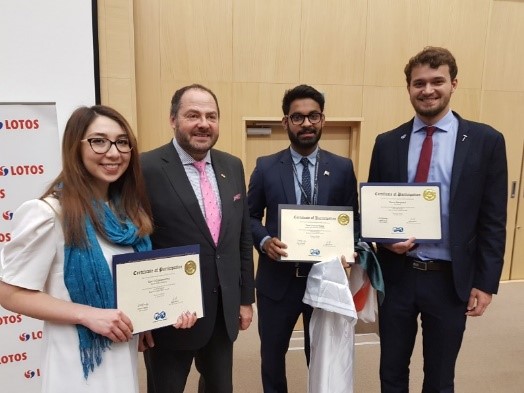 Yasir Yousuf Thara, 4th year student in the Petroleum and Natural Gas Engineering Program of METU Nothern Cyprus Campus, won the Student Paper Contest of SPE Europe Section in the undergraduate category. SPE (Society of Petroleum Engineers) is an international organization and the main professional organization of petroleum engineers with 160,000 members worldwide. Yasir won the contest with a paper titled “Development of a Physical Hydrodynamic Hydrocarbon-Trap Model”. The paper was completed while taking an elective research course at the university with his research partner Muzammil Bhaiyat (4th year student in PNGE) and advised by Dr. Salih Saner. By winning this contest, Yasir earned the right to participate in the International Student Paper Contest that will be held during the SPE Annual Technical Conference and Exhibition on September 25-27, in Dallas, Texas, USA to represent the European Section.

METU NCC Petroleum and Natural Gas Engineering Undergraduate Program has been successfully providing high-quality petroleum engineering education for the last 10 years, currently with 175 students with more than half of it from 20 different countries other than Turkey and TRNC. Previously, METU NCC students have won the paper contest of SPE Turkey Section three times. Research studies completed by undergraduate students have been presented in international conferences and published in international technical journals. Graduates of the program find work opportunities in the geothermal and petroleum indsutries in Turkey and worldwide, and some of them choose to continue their post-graduate studies and get admitted to prestigious schools around the world.

Student Paper Contest organized by the Society of Petroleum Engineers is held separetely for Undergraduate, Masters and Doctoral levels in 14 different sections around the world every year. In addition to Turkish universities, many prestigious petroleum engineering schools in Europe participate in the European Section such as Imperial College (UK), TU Delft (Netherlands), Clausthal University of Technology (Germany), University of Stavanger (Norway), IFP School (France), Heriot-Watt University (Scotland), and Montanuniversität Leoben (Austria). Students who won the regional contest come together in fall of each year to participate in the International Student Paper Contest held at the largest petroleum engineering convention, SPE Annual Technical Conference and Exhibition.

Hydrodynamic oil traps are unconventional traps in which hydrocarbons are trapped due to a flowing aquifer. In conventional reservoirs under static conditions gas, oil and water segregate with horizontal contacts resulting in the widely accepted gas-oil-water configuration bound by an impermeable cap rock on the top. However, this is rarely the case as the groundwater is usually in a flowing condition. Under hydrodynamic conditions, flow of water not only relocates and tilts the hydrocarbon-water contact but under some cases, can also cause hydrodynamic trapping of hydrocarbons without any structural closure.

To further understand the theory, physical laboratory models of the hydrodynamic trapping were developed and meaningful mathematical relationships were established. A series of experiments were conducted by varying parameters, such as the flow rate of water, the amount of gas/oil inserted and the tilt in the reservoir. In this research study, air was used as the gas along with different oil samples. Observations in the laboratory helped us to confirm the hydrodynamic theory, trapping without structural closure. Undiscovered hydrodynamic traps are expected to be the exploration target of the future. Production from such traps will require consideration of not to destabilize trapping forces which might mobilize the position of the trap.