The METU NCC IEEE Student Society has been recognised for an award at international level.

The METU Northern Cyprus Campus IEEE Student Society has been selected as Exemplary Student Branch, for its activities, in the region that includes Europe, Middle East and Africa.

The Institute of Electrical and Electronics Engineers (IEEE), which is the largest organization in the world in the field of electrical and electronics engineering, also serves as a roof organization of the student societies that have been established at universities under the name IEEE. The IEEE student societies in leading universities around the world carry out challenging and innovative work and try to improve their world rankings.

The METU Northern Cyprus Campus IEEE Student Society, which previously received various awards including first place awarded in Cyprus, achieved to be one of the recipients of the IEEE Regional Exemplary Student Branch Award as a result of its performance in the year 2017. The successful organization of the IEEE Student Congress for Turkey, which took place on our campus last year bringing together all IEEE members from across Turkey, also has a significant impact on the success of the Society’s work. 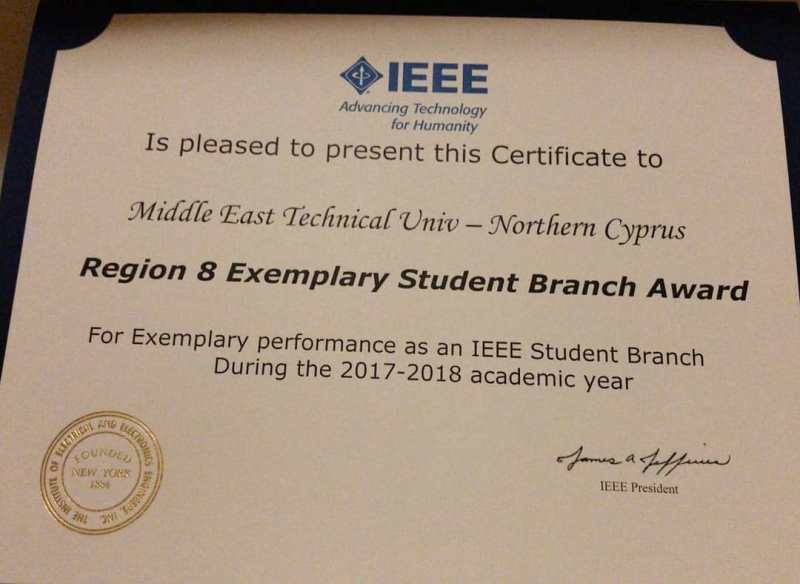