METU NCC is located in Güzelyurt, Turkish Republic of Northern Cyprus, and Abeer Jazzar, the Hult Prize campus director, recently declared that METU NCC has been selected to host a local edition of the Hult Prize, the world’s largest student competition for the creation of new social businesses. The annual Hult Prize awards one million dollars to the team that came up with the idea that is most reformist and breakthrough to bring a solution to one of our world’s toughest social challenges.

The Hult Prize is a start-up accelerator for social entrepreneurship that brings together the brightest college and university students from around the globe to solve the world’s most pressing issues. It is a “Nobel Prize” for students, and this annual initiative is the world’s largest student competition and crowd-sourcing platform for social good, and has been funded by the Hult family since its inception in 2009. To learn more, visit www.hultprize.org.

In partnership with the United Nations, the Hult Prize is hosting college and university events around the world in search of the next game-changing idea. METU NCC is delighted to host and compete in an international contest for the first time in its history. Abeer Jazzar will be leading the first ever Hult Prize initiative at METU NCC, and is confident that her associates on campus are competent enough to go all the way and win this distinguished prize.

The winner of the intra-campus event will automatically move on to compete in one of fifteen regional finals happening around the world in March 2018.  One winning team from each host city will then move onto a summer business incubator, where participants will receive mentorship, advisory and strategic planning as they create prototypes and set-up to launch their new social business.  A final round of competition will take place in September 2018, in which the team who got the first place, will be awarded with $1,000,000 prize. 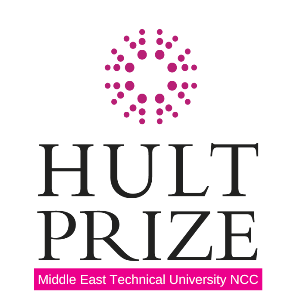