QS evaluates the universities based on 10 indicators with varying percentages. Among these, "reputation" stands out as the most important indicator as it constitutes 50 percent of the total score. The "reputation" indicator consists of "academic reputation" (30 percent) which measures the perception of the best university in terms of research according to more than 130 thousand academics worldwide, and "employer reputation" (20 percent) that evaluates the opinions of 75 thousand employers worldwide on which university educates and trains the most professional employees. The other indicators for evaluation are as follows: ratio of faculty members to the number of students (10 percent), staff with a doctoral degree (5 percent), the number of citations per paper based on data provided by Scopus (5 percent), the number of citations per faculty member based on data provided by Scopus (10 percent), international research network (10 percent), the ratio of international faculty members and international students (2,5 percent each), and web impact based on the Webometrics ranking (5 percent).

QS EECA 2022 sonuçlarına göre ülkemizdeki araştırma üniversitelerinin sıralaması ise şu şekilde / The ranking of the research universities in Turkey according to QS EECA 2022 can be seen below: 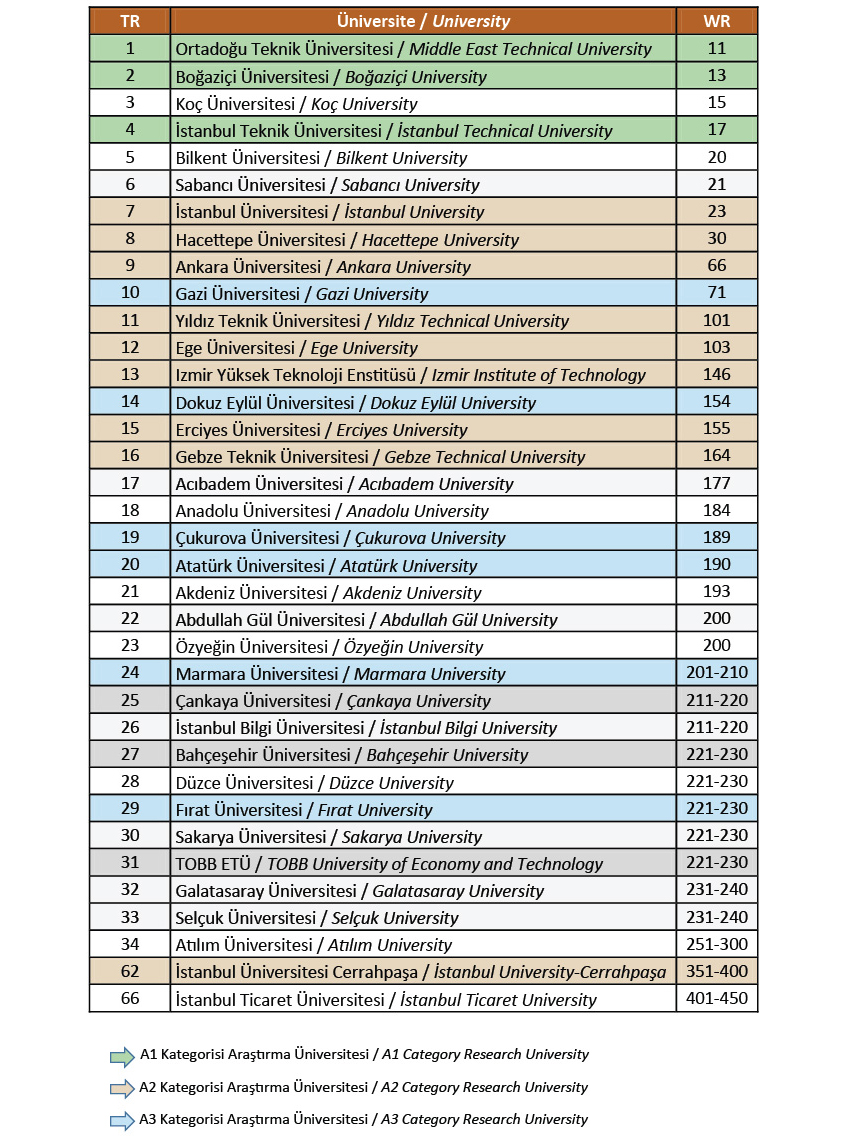