Man's mastery of the sky grows. Now is the time to stop crawling and start walking in space. In consequence, it is the high time for the aeronautics and space industry to become the key industry in the world. To this effect, we, as sky enthusiasts, are offered great opportunities by the aerospace industry to shape the new age for ourselves, our country and for the whole world. And there are sound hopes that we will be able to make scientific contributions to those fields that have become increasingly important. That is why I decided to study an aerospace engineering degree. The METU NCC Aerospace Engineering Program offers a thorough education that is globally recognized and accredited in multiple branches of engineering, which is what led me to METU Northern Cyprus Campus. I believe that METU expertise, innovative METU academics who stand at the forefront of their fields and the beautifully designed campus of the University bring me closer to my goals while pursuing my study in such a system that requires students to specialize in their disciplines. In addition, the number of international students receiving education at the Campus is high, and this provides many valuable opportunities for us to practice English in real-life contexts while getting acquainted with new cultures and different perspectives. This multinational environment also helps us to take the initial steps towards being a world citizen as well as a global engineer. 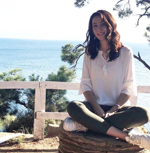 The aerospace industry is an emerging field in Turkey and in the world. In line with the emergence of this industry, the need for qualified engineers has increased. METU Northern Cyprus Campus is one of the major universities that sheds light on this issue. At METU NCC, academics specialized in their fields encourage students to become more involved and interested in their departments while expanding their scientific perspectives. In addition to providing career-related opportunities, METU NCC helps students gain a greater awareness of their social skills through on campus student clubs and societies and thus, helps them grow as well-equipped, promising individuals. I, therefore, believe that being a METU student means you stand a step ahead of others. And I can say, based on my personal growth and development as a university student, that I made the best decision to build a successful career by choosing to study at METU Northern Cyprus Campus. 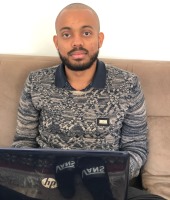 The phrase 'The sky is the limit' doesn't seem to apply to an Aerospace Engineer when there is 'Space'. If a young child gets amazed by seeing huge bodies levitate such as A380 or Space Shuttle, what do you think the one who fixes it, or better yet built it, feels? International giants in the aerospace sector such as Airbus go beyond human imagination to use air or space, a mode of transport that can't even be seen with the naked eye, to fly huge structures from one place to another. ASE program in METU NCC helps one think beyond human imagination. It has unimaginable resources such as highly qualified and respectable lecturers who taught me courses related to airplanes, helicopters and even rockets. These academic staffs are really friendly and willing to help a student prosper in their university lives. With what I have gained, I strongly believe that i can challenge these international giants in this industry 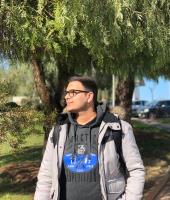 You might have heard the saying, the world is getting smaller. I believe that the main reason behind this is the advancements done by well trained and hardworking Aerospace Engineers. The biggest step towards being a good engineer is through a good education, like the one provided by METU NCC. On METU NCC you will have the freedom to create your own path, the support of many great teachers along with a peaceful and motivating environment to keep you on track. You will have many opportunities to improve yourself in METU NCC. You will be challenged to create your own solutions instead of using what is available, you will have the chance to join on multidisciplinary projects or study the other disciplines through the minor programs. Thus, you will have the opportunity to make yourself a great Aerospace Engineer. 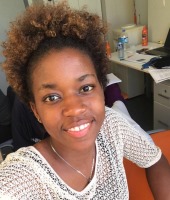 In a world where the future of traveling is air vehicles, it's a privilege to study Aerospace Engineering, where we ultimately learn how to use systems and software knowledge to solve aerodynamic and propulsion problems and predict analyses. The Aerospace program is efficient in METU NCC because each student gets the chance to learn from the best professors and has an opportunity to have a one on one guidance. Having occasional challenges motivates the students to go an extra mile, thus, bringing out the best engineers. Furthermore, in this diverse community within the campus, with people from different parts of the world, it's a great privilege to be part of the future global drift. 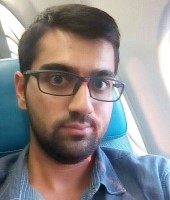 Ever since the 18th century mankind envisioned reaching for the sky. Once we accomplished the feet of flight, the next goal (accomplished during the 20th century) was to reach for the stars and yet there is no foreseeable end to advancements in this field. To be a part of this Impossible accomplishment is the reason I applied to Aerospace engineering in Middle East Technical University. The Aerospace Eng. Program in Northern Cyprus Campus is an extension of its Ankara based counterpart. The university provides high quality education, both theoretical and practical and has a highly experienced academic staff. The department also boosters a high number of students from across the globe, increasing exposure to multiple cultures. The curriculum is designed to teach the fundamentals required to visualize the aerodynamics, propulsion, control of an aircraft/rocket. The knowledge and experience gained within the department have opened numerous doors in both work and higher education.